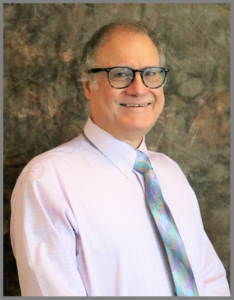 John grew up in Sutherlin, Oregon. He attended Pacific Union College in northern California and graduated with a degree in biochemistry. He attended Kansas City College of Osteopathic Medicine, graduating in 1981. His internship was at Waldo General Hospital in Seattle Washington. John started a surgical residency in     Cleveland, Ohio and then went into Family Practice for one year in Oregon. At that time he moved to Holiday, Florida for an office and hospital practice and practiced there for 16 years. He became board certified in Family Practice and Osteopathic Manipulation in 2001 following by 12 years of practice back in Oregon. He joined Logan County Health Services in March of 2013. His family include wife Lynne and 4 boys, one in Tennessee, two in Oregon and one in Monument, KS.